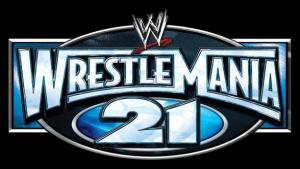 Wrestlemania 21 was a terrific show from start to finish. When a show begins with a match featuring Rey Mysterio vs. Eddie Guerrero (in what would be his last Wrestlemania before his untimely passing), which was simply amazing, you know it will be a good night for wrestling.

We also had the first Money in the Bank ladder match, which Edge won, which was an incredible match for something we were seeing for the first time. The other participants were Chris Jericho, Christian, Chris Benoit, Edge, Shelton Benjamin, and Kane who all did a great job with Shelton really standing out. He is an amazing athlete that I wish was still part of the WWE today.

Other notable matches were John Cena winning the WWE Title over JBL and Batista winning the World Heavyweight Championship from Triple H. A nice passing of the torch from these two legends to the young guys who would become legends in their own rights.

The best match of the night was Kurt Angle vs. Shawn Michaels. Holy s@$t was this a great match! Two of the best performers in the history of professional wrestling who had an amazing chenistry in the ring and turned in a classic. If you are a wrestling fan or wonder how could someone be a wrestling fan, then watch this match and you will understand. 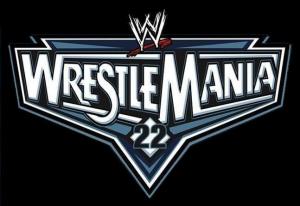 Wrestlemania 22 the following year was another great show.

Edge beat Mick Foley in a hardcore match which ended with a spectacular finish of Edge spearing Foley through a burning table. This is a match that is not for the faint of heart with a lot of extreme violence and blood which is a stark contrast from the WWE today.

The second MITB ladder match was won by Rob Van Dam and was amazing just like the year before.

The highlight though was Vince McMahon vs. Shawn Michaels in a no-holds-barred match. There is a reason Michaels was known as ‘Mr. Wrestlemania’ since he had a tendency to steal the show with his incredible athleticism. McMahon always amazes me due to the fact that he will put his body on the line and make himself look as bad as needed to entertain the fans. The abuse he took during this match was crazy and the final spot with Michaels jumping down on McMahon, who was lying prone on a table with a garbage can over his head and upper body, from a large ladder was mind blowing.

Overall, another great show that makes me anticipate the 31st installment this Sunday even more!