Wow!!! 10 years and 18 films later and Infinity War is the first MCU film where I did not leave with excitement about what I just saw, but instead excitement for the next Avengers film and the start of a new 10 year story line. That is not to say I did not like the movie. By all means it was fantastic and had so many great moments I cannot list them all here. It was just the first film for me from the MCU that did not have some optimism towards the end.

We saw Loki die very early on, Gamora was sacrificed by Thanos, and Vision was destroyed by Thanos towards the end of the movie (not to mention the whole Black Order was destroyed). It was the end where Thanos achieved his goal of wiping out half of existence and we saw many heroes die (which you will have to find out who by watching the movie). I am familiar with the original comic book story line, but I was shocked that the directors (the Russo brothers) had the guts to depict so much death and sadness on screen for many fans who were not comic book geeks. Of course, I know that most of these characters will come back because no one stays dead in comics, but some may not, especially those whose deaths were depicted earlier in the story. Walking out of the movie I just shook my head and said “Hmmm…what are they doing next?”.

The Russo brothers were perfect choices to direct this movie since they not only had no issues filming this intense of a story in a mostly lighthearted cinematic universe, but they also handled the insane amount of characters quite well. The antagonistic relationship between Tony Stark and Stephen Strange was entertaining as was Spider-Man’s excitement over becoming an Avenger. The Guardians of the Galaxy were their usual hilarious selves and inserting Thor into their dynamic worked masterfully. Seeing Captain America and Black Panther fight side by side was awe inspiring and for me there were no weak points in this movie.

The shocking, but not totally unexpected, ending sets up next year’s 4th Avengers film perfectly and I cannot wait to see how this is all resolved and how they start up a new version of the Avengers along with another 10 years of amazing films.

This film does require you to have knowledge of the previous films so if you do and you have not seen Infinity War yet, get out there now! 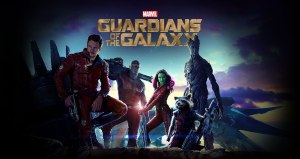 Now THAT was a summer blockbuster!

Guardians of the Galaxy was simply fantastic. Well written, perfectly acted, publicized perfectly, and just a grade A example of how to create a new movie franchise that people will love.

This is a movie that must be seen to be believed. Directed by James Gunn it had the feeling of a big Marvel film, but laced with Gunn’s sensibilities. He is a very unique, exciting, and intelligent film maker (Slither and Super being two of his most notable) and it seemed like this may be a monumental task for someone used to working with small budgets. Given a significant amount of money for Guardians he showed he was ready to be a big time, mainstream director and not lose any of his appeal as a singular, creative force.

The story was pretty darn faithful to the comic books and changes were made where appropriate. The casting was spot on as well. Chris Pratt as Star-Lord was a genius casting choice. Zoe Saldana as Gamora and Dave Buatista as Drax were inspired casting choices and they embodied the characters better than anyone else could have. Lee Pace and Karen Gillan as Ronan and Nebula respectively were perfect villains for this film. Even Vin Diesel as Groot was a great choice despite the severely limited verbiage.

The standout though (which is hard to achieve with such a terrific cast) is Bradley Cooper as the voice of Rocket. Wow! He could have come off goofy but wth the great CGI and the top notch voice work he is becoming a beloved character of many a non comic book fan.

I even loved the post credits scene which was so off the wall which was a great choice for this film.

This is a must see movie. You need no knowledge of the characters to fall in love with it. It is very similar to the first Star Wars movie in that respect.

What are you waiting for? Go see it now!