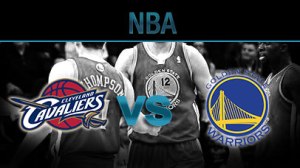 I am a huge basketball fan.

For most of my life I have been an avid Phoenix Suns fan and enjoy playing and watching the game of basketball.

The Suns struggled this year so my normal playoff time passion has been quelled until the finals started. It is fantastic to see the two teams who are truly the best in the NBA going head-to-head.

No one this season was better throughout the year than the Golden State Warriors and despite experiencing some troubles early in the season, the Cleveland Cavaliers made it clear that they are the top team in the Eastern Conference.

My hope is that this will be a 7 game series and after Cleveland’s big win at Golden State last night, I think that is a strong possibility. Despite losing Kyrie Irving for the rest of the finals this Cavaliers team came up big with LeBron James dominating as usual. Golden State is a great team and will more than likely win at least one game on the road making for a long series. With the first two games going into overtime this is going to be a long, drag out fight to the finish.

I am rooting for Cleveland since the state has never won an NBA title. Who do you want to see win the NBA Championship this year? Let me know in the comments and here’s to what could turn out to be one of the best Finals in years!