Hey guys! Thanks for coming back for this week’s Fandom Friday! Like I promised last week, I’ll be discussing The Amazing Spider-Man.

We’ve already discussed what Peter Parker and Spider-Man are like in the comic books, so I won’t go over that again.

I find that Andrew Garfield’s interpretation of Peter Parker blows Tobey Maquire’s out of the water. I can relate to him ten times better than I can Maquire, and that is a big part about Spider-Man. I mean, especially for younger audiences, what’s more relatable than a teenager with work problems, relationship problems, social anxiety, sarcasm, and just all around teenage angst? I feel like Andrew Garfield’s interpretation really nails that.

I like how they started off with Gwen Stacy. I’m really pleased with that. I love how Emma Stone plays her, too. Andrew Garfield and Emma Stone really click, and you can see that, which makes their characters’ relationship seem much more real. I haven’t seen the second movie, but from what I’ve read and also accidentally seen, it seems like they did a good job on her death too.

I adore the fact that they got more into Peter Parker’s parent’s, Richard and Mary Parker, backstory. Their backstory is crazy, but it’s really interesting too. They’re agents of S.H.I.E.L.D. I feel like that says enough about them.

I really enjoy Flash Thompson in the first Spider-man movie. I like how Chris Zylka played him, and I like how he is three dimensional, how he has a backstory even if we aren’t told about it. Bullies are bullies for a reason, they hurt people for a reason, and I enjoy that in the movie they acknowledge that. I love how they allude to his love of Spider-Man at the end of the film, too.

The scene where Peter Parker saves the kid on the bridge was amazing. How Peter has Jack, the boy, wear his mask, acknowledges the fact that it’s really not about who’s inside the suit, it’s about what the suit means, who you truly are inside. That was also the moment Peter realized he didn’t have to kill someone else to avenge his uncle. That moment was when he realized he could protect his city and its people to avenge his uncle.

Spider-Man is all about the choices you make and how they effect you and the people you love.. The Amazing Spider-Man shows that so much better than the original trilogy.

I love how Denis Leary plays Captain George Stacy. It’s surprising just how well he plays it.  I also love the argument between Peter and Captain Stacy. It shows that Peter has courage, another thing he has with and without his powers.

The fondness that Doctor Connors has for Peter, and the curiosity that Peter has for Connors is really intriguing and is quite real. And while it was only in a deleted scene, they did show that Connors wasn’t just a scientist gone mad from pressure, he had a family, he was a father. And the CGI with his arm was great.

I really enjoy how they designed the Lizard. It goes back to the original comic book designs, and I appreciate that, along with the scene after he escapes the sewers with the ripped lab coat. His mouth, during some parts, could have done with a bit more movement and fluidity.

Uncle Ben’s and Captain Stacy’s death scenes were devastating, but in the best way.

I really like the acknowledgement of his wrestling career, I think the fight scenes are just long enough, I love how Andrew produces Spider-Man’s quips and one-liners so naturally, and, as always, I love Stan Lee’s cameo.

I haven’t seen the Amazing Spider-Man 2 yet, so when I do I will review that too.

I really hope they give us information on that after credits scene as well.

It’s a change of pace, but next week I’ll be reviewing the Fault in our Stars.

Have a Marvelous weekend! 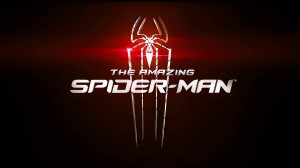